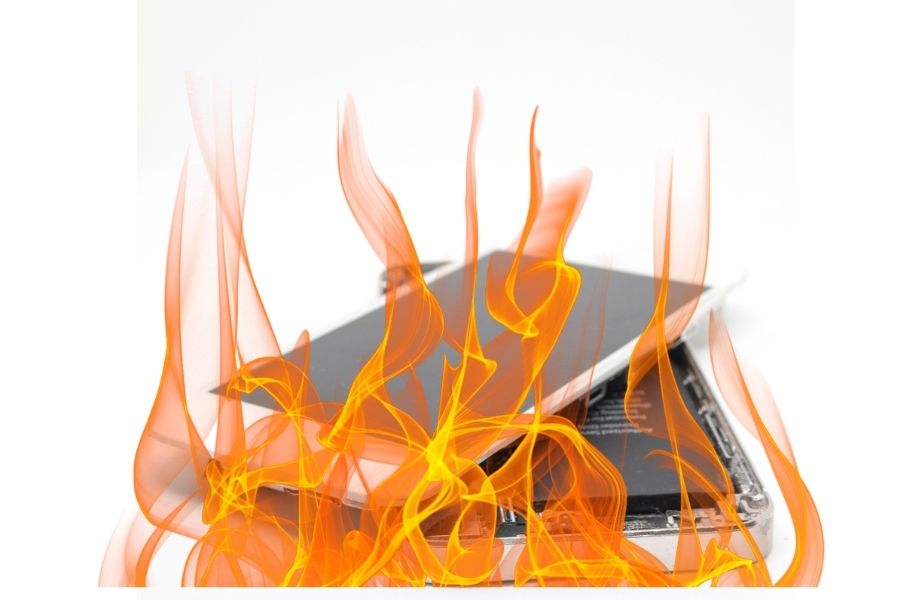 There are a number of stories out there which tell of smartphones catching fire and it isn’t that shocking any more because we have all heard such stories before. Well, this time something similar happened, but this time in mid-flight. On April 14, the mobile phone of a passenger on board an IndiGo flight from Dibrugarh to Delhi engulfed in flames.

A report has mentioned that on the Assam-Delhi IndiGo flight 6E 2037, a cabin crew member noticed sparks and smoke coming from a passenger’s phone and cooled down the situation immediately by extinguishing the fire with an on-board extinguisher. Fortunately, no one on the plane was injured in this incident, and the plane was even able to land in Delhi on time.

DGCA (Directorate General of Civil Aviation) has suggested that this happened due to an abnormal battery overheating issue. It is still unknown as to which particular smartphone model started the fire.

IndiGo confirmed the incident by issuing a statement reading, “There was an incident of a mobile device battery heating up abnormally on flight 6E 2037 from Dibrugarh to Delhi. The crew is trained to manage all hazardous incidences and they quickly managed the situation. There was no harm caused to any passenger or property on board.”