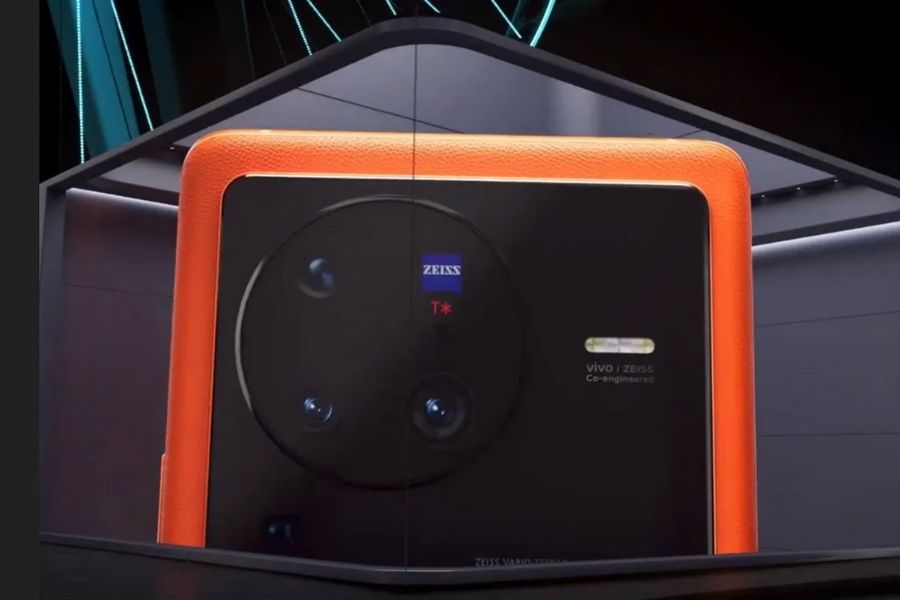 It has now been confirmed that Vivo will be launching its latest device X80 series on April 25 in China, after it launched its first-ever foldable device earlier this month. X80 Pro was recently showcased in a short video posted on the Chinese social media platform Weibo to confirm the news and to promote the upcoming device

In China, Vivo will launch the X80 series at 7 PM local time on the 25th of April (4:30 PM IST). It is not clear what the company will share about the upcoming devices, but it did confirm that they will be equipped with Zeiss T-coated cameras, as their predecessors did.

A short video was also posted by Vivo, demonstrating the Vivo X80 in all its glory. As shown in the video A leather-based back panel will be available for the X80 in three different color options, including cyan blue, orange, and black. A massive camera module appears at the top of the back panel (as opposed to the one found on the Vivo X70 series), along with three cameras.

It has been expected that the Vivo X80 will have a 50MP Sony IMX866 sensor with optical image stabilization, a 48MP ultra-wide lens, and a 12MP telephoto lens with a 2x optical zoom. In addition to the 32MP punch-hole front-facing camera, the device is rumored to feature a fingerprint scanner. Additionally, the teaser video confirms that the device will come with a 4nm in-house V1+ image processor chip to enhance image processing to the fullest extent possible.

The company is also expected to launch the Vivo X80 Pro, which is confirmed to be the first device to use the 50MP Samsung GN5 sensor, a 48MP ultra-wide lens, a 12MP telephoto lens, and an additional 8MP periscope camera. It could come in Snapdragon 8 Gen 1 and MediaTek Dimensity 9000 chipset variants.